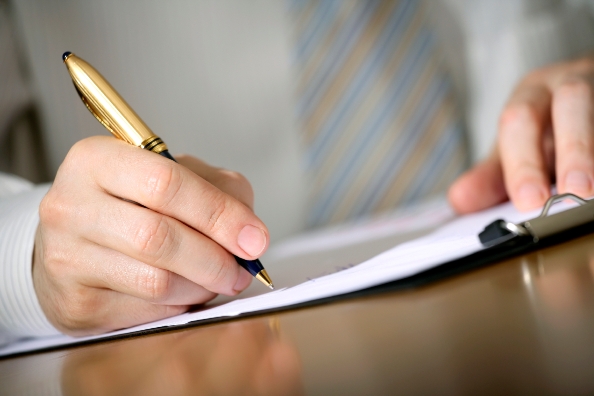 Corporate journalism style is a living and evolving beast. When I began writing, over twenty years ago (eek!), many businesses spent months putting together lengthy droning white papers; today, nobody has time to read them.

Yet, before we dismiss them with a laugh, it’s worth remembering that in those days there was a different subtext. These documents would stand in stone for a year as the foundation of a company’s product positioning. They were rich in careful research and evidence. They weren’t fundamentally useless, they just applied to a different sales and engagement process.

Today, engagement has changed, and so has the writing. The style is conversational; and storytelling – painting pictures of human experience – carries more weight than a bunch of percentages.

That conversational style means that some of the old rules of writing – literally, shibboleths – have rightly gone out of the window. For example, I was told never, on pain of death to my first-born, to begin a sentence with “And” or “But”. Today, I wouldn’t hesitate to do so; indeed I think it is a powerful form of speech.

(Looking back on that last sentence, in formal writing, I wouldn’t have been allowed to use “wouldn’t”, either…)

But that’s the whole point: formality is now archaic.

And style changes to reflect the movement of these social and commercial tectonic plates.

Buzzfeed has just released a UK style guide – you can find it here. And the really exciting thing is that I think it is as applicable to corporate editorial as it is to the fun stuff which is Buzzfeed’s bread and butter (although as I mention in this post, Buzzfeed also has an enviable news and current affairs output).

If grammar, syntax etc. were set in stone, nobody would need a style guide. Besides, there are plenty of grey areas. A misplaced or unwarranted apostrophe genuinely makes my soul bleed (particularly “potatoe’s”, for some reason, which I have seen, and after which I had to have a little lie down), but many rules are not hard and fast.

For example, in the Buzzfeed style guide, acronyms do not take full stops (“US” and “UK”, rather than “U.S.” and “U.K.” It makes perfect sense, the punctuation feels heavy, and I can’t remember the last time I saw full stops used – even though formal etiquette would require it.

Nowhere is there a grammatical rule to follow pronunciation; but it sure makes sense to me. It ‘feels’ right, and it will feel right to an audience.

In fact, I think that ‘feel’ – what works when spoken conversationally, and with a little emotion, will be the most effective style. Not necessarily the most grammatically correct, but the most effective – and the purpose of corporate communications is to get a message across effectively.

For what it’s worth, before I submit copy to my clients, I read it aloud in my head. I put commas in where there are natural breaks for breath in reading. I read as though I were trying to explain something to someone face-to-face. That ensures that complex, academic-style sentences get weeded out, and there’s more room for clarity, emphasis, even humour.

There is still a “grammar-Nazi” lurking deep inside of me, but if house style follows the ultimate outcome – to communicate effectively; then the rules will comfortably write themselves.

Is there room for comedy in B2B?

We use cookies on our website to give you the most relevant experience. By clicking “Accept All”, you consent to the use of ALL the cookies. However, you may visit "Cookie Settings" to provide a controlled consent.
Cookie SettingsAccept All
Manage consent

This website uses cookies to improve your experience while you navigate through the website. Out of these, the cookies that are categorized as necessary are stored on your browser as they are essential for the working of basic functionalities of the website. We also use third-party cookies that help us analyze and understand how you use this website. These cookies will be stored in your browser only with your consent. You also have the option to opt-out of these cookies. But opting out of some of these cookies may affect your browsing experience.
Necessary Always Enabled
Necessary cookies are absolutely essential for the website to function properly. These cookies ensure basic functionalities and security features of the website, anonymously.
Functional
Functional cookies help to perform certain functionalities like sharing the content of the website on social media platforms, collect feedbacks, and other third-party features.
Performance
Performance cookies are used to understand and analyze the key performance indexes of the website which helps in delivering a better user experience for the visitors.
Analytics
Analytical cookies are used to understand how visitors interact with the website. These cookies help provide information on metrics the number of visitors, bounce rate, traffic source, etc.
Advertisement
Advertisement cookies are used to provide visitors with relevant ads and marketing campaigns. These cookies track visitors across websites and collect information to provide customized ads.
Others
Other uncategorized cookies are those that are being analyzed and have not been classified into a category as yet.
SAVE & ACCEPT